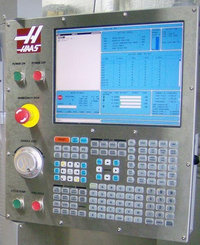 Manufacturing: Not just a Man’s job – Now Women are on Shop Floor

April Senase, 35, is a trailblazer. She has worked numerous factory jobs for 13 years — often as the first, or only, woman on the production floor. She makes nearly $40 an hour, with overtime, in her day job running high-tech machinery (CNC) at a factory that makes specialized industrial parts.

In March, she took a second job as the first female instructor in computer-aided machining at Symbol Job Training Inc.

In her new role, she hopes to inspire more women to follow her lead.

According to the National Association of Manufacturers, about a third of all manufacturing workers today are women.

Manufacturing is rapidly being transformed from a labor-intensive field to a high-tech one. The change, and a nascent pick up in domestic manufacturing, has created thousands of factory jobs nationwide that, experts say, more women are starting to seek out.

Enrollment at Symbol, which specializes in teaching computer-aided machining, known as CNC, has since quadrupled to 140 students a year. The school recently moved to a larger facility.

Symbol currently has about a dozen female students, a level that Tom calls a “spike” from years past when the school had none.

“One of my instructors told me I was good in math and that I should consider going into CNC because the money’s good,” Senase said.

Currently, Senase is a CNC specialist with Kitagawa-NorthTech in Schaumburg, Ill., earning $25 an hour. With overtime, because of a shortage of CNC workers, she’s making up to $37.50 an hour.

And she teaches night classes at Symbol. Senase wants her students to come away ready to go on job interviews and present themselves as “fully-trained machinists, and not as a man or a woman.”

Role of Manufacturing in Society a Video

Manufacturing plays a big role in society, and CNC now has reached at such a level that thinking manufacturing without cnc technology is impossible.

A very nice and brief video showing (Mori Seiki NTX1000SZM) most of the cnc machining operations like Turning Drilling Tapping Glenn Coker, Programmer and Machinist for MacKay Manufacturing, Inc. in…

CNC machining with 5000 RPMs and with high coolant pressure, what else a cnc machinist want, CLEAR VIEW of what is happening inside machine. Yes of course due to high…

A proven guide to computer-aided machining. CNC Programming: Principles and Applications has been revised to give readers the most up-to-date information on G-code and M- code programming available today. This edition…